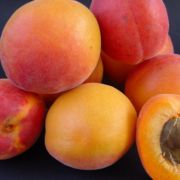 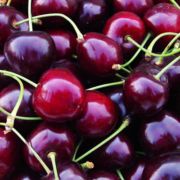 Prunus avium L. includes sweet cherry cultivated for human consumption and wild cherry used for wood, also called mazzards (Webster 1996). The sweet cherry is indigenous to parts of Asia, especially northern Iran, Ukraine, and countries south of the Caucasus mountains. In Europe, Romanian and Georgian wild cherry trees are strongly differentiated from those of central and western Europe (Tavaud 2002). The Georgian wild cherry trees are the most genetically diverse suggesting that this area could have been a main glacial refuge. The ancestors of modern cultivated sweet cherries are believed to have originated around the Caspian and Black Seas, from where they have slowly spread.

Fruit of Prunus cerasus L., the sour cherry tree, are mainly used for processed products such as pies, preserve or liquor. Sour cherry originated from an area overlapping to that of sweet cherry, around the Caspian Sea and close to Istanbul. While sour cherry is less widely cultivated than sweet cherry, large quantities of sour cherries are produced in many European countries and in the USA. 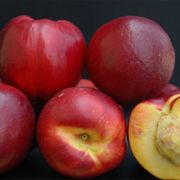 Peach is the most widely cultivated fruit (summer) tree in the temperate regions, particularly in the Mediterranean basin, Americas, Far East, and China. It was the first woody species to be targeted for intensive cultivation. At the end of the 19th century Bonvicini pioneered modern cultivation practices in his family farm in Massa Lombarda (Ravenna county, northern Italy). Following his successful trials, intensive orchard cultivation became the flagship of the Italian fruit industry and has been ‘copied’ all over the world. Fruit growers, technicians and scholars have studied the intensive orchard management practices developed for peach and applied them to many other fruit species. 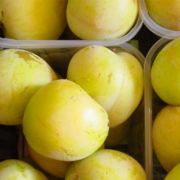 With over 6,000 cultivars from up to 40 species distributed across Asia, Europe and America, it is little wonder that Hedrick, the famous USA pomologist, wrote that plums “give a greater range of flavour, aroma, texture colour, form and size, the qualities that gratify the senses and make fruits desirable, than any other of our orchard fruits”. Indeed plum is recognized to harbor the largest diversity of any Prunus subgenus and represent a link between the major subgenera. Two species account for the majority of modern commercial production: the hexaploid European plum (Prunus domestica L.) and the diploid Japanese plum (P. salicina Lindl and hybrids). A challenge for breeders is how to tap into other plum and related Prunus species to develop new cultivars with broadened adaptation and innovative products. While belonging to same taxonomic section, European and Japanese plums are distinct crops in terms of their uses, adaptation, origin and domestication. They are usually grown in different locations – European plums in cooler areas and Japanese plums in warmer areas. They have distinct cultural and historical backgrounds that have resulted in European plums being dominant in Europe and Japanese plums dominant elsewhere.